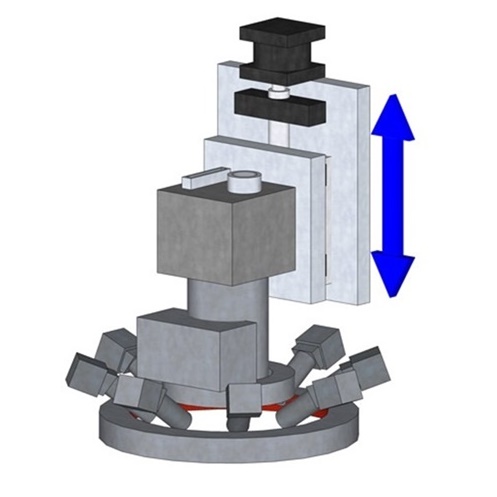 1. A must have to allow for PCB warpage if the AOI machine has angular cameras

The center of the field of view (FoV) of angular cameras are set to be on the center of the FoV of the main camera. The optimal focal point of the main camera lens is on the printed circuit board (PCB) surface. A main camera lens typically has a focal depth of a few millimetres, a height range in which the component surface is still in focus. In cases where the PCB has some warpage, it is not usually an issue for the main camera because the focal depth of the lens compensates for the warpage. But, for the angular cameras, warpage means that the object that is supposed to be in the center of the FoV now has an offset. Z-axis movement of the AOI optical head combined with auto-focus algorithms are essential to compensate for this PCB warpage.

2. To allow for differing PCB thickness

Some PCB carrier mechanisms mean that depending on the thickness of the PCB, components are closer to the AOI optical unit. Customised jigs can result in the PCB surface being further away from the optical unit than usual. Z-axis movable optical units can compensate for this.

3. To read values or polarity marks on the surface of tall components

Values or polarity marks on the surface of taller components may be out of the focus range of the lens and become blurry and unreadable or even go totally undetected. The Z-axis movement of the AOI optical unit will solve this with a simple movement.

4. To successfully inspect sandwiched PCB’s
Some PCB designs have 2 or more PCB’s layered on top of each other. The lower PCB is normally in focus but it becomes a challenge for the AOI optical unit if the layers of the PCB need to be inspected simultaneously. Z-axis movement of the optical unit overcomes this issue.

5. To allow for the height difference of special carriers in THT inline inspection

In some cases in the production of through hole PCBs (THT production), when a wave soldering oven is involved, the PCBs are inserted inside special carriers. These PCBs can be carried a few millimeters, or even a few centimeters, below the normal production conveyor level. If inline automatic optical inspection is required directly after wave soldering with such carriers, then Z-axis becomes an indispensable option.